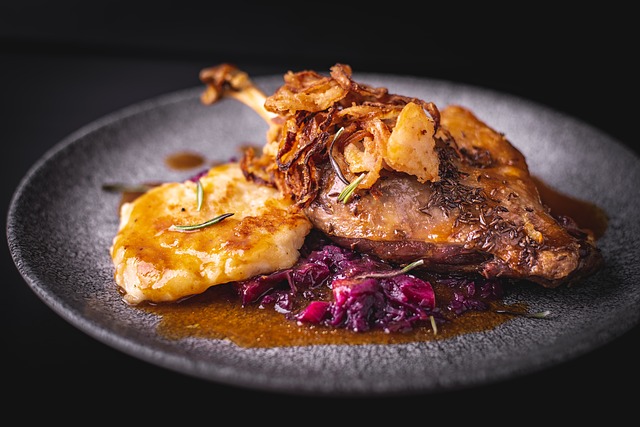 The typical gastronomy of the Czech Republic is very influenced by German and Austrian cuisine. In spite of being very varied, the Czechs are great lovers of meat, especially pork and veal. Large and succulent dishes delight the Czechs, who are not reluctant to accompany their copious meals with a good beer, a drink to which they are especially devoted. Discover the dishes that you will easily find in Czech restaurants, and that you should not miss during your visit to this incredible country.

The roasted pork knuckle or koleno is a must that you should not miss if you visit Prague, as it is also one of the favorites of the Czechs. For meat lovers it is undoubtedly a delight, as a dish is served with a huge piece of roast meat that is characterized by its texture and flavor: crispy on the outside and tender on the inside.

The meat is marinated with herbs and beer and served with different accompaniments such as pickles, mustard or Czech bread. If you also taste it with a Czech beer, the experience could not be more rewarding.

Considered one of the national dishes par excellence, pork roast or vepřo-knedlo-zelo highlights the Czechs’ fondness for eating meat. The pieces of pork used to prepare this dish can be the head part, loin or ham and is served with cabbage and the famous dumplings.

The chosen piece of meat, is seasoned with garlic and onion and roasted seasoning it with spices such as cumin and pepper.